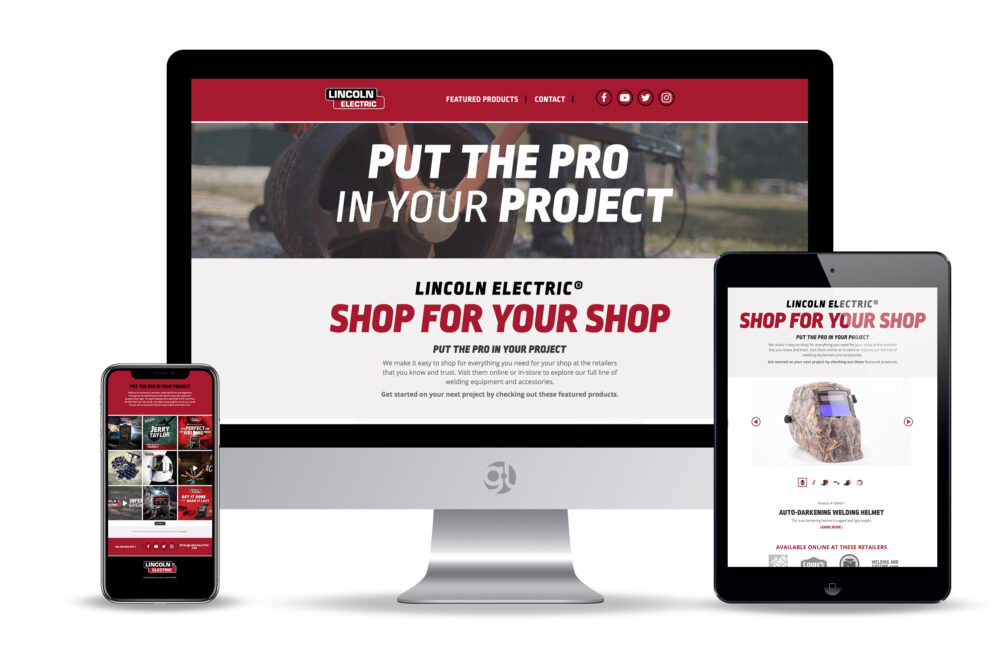 Lincoln Electric manufactures equipment and consumables used by the welding and metalworking-related industries. A trusted brand among professionals, their products are sold through an international network of industrial gas distributors.

Lincoln Electric also has a robust retail presence. DIYers and small contractors can find high-quality, professional equipment and consumables online and on the shelves of retailers all across the nation. We work with Lincoln Electric to help retail customers put the “pro in their projects.”

First, we created thematic language that would communicate in a memorable way that Lincoln Electric products that are has high performing as their trademark industrial line, but with features and usability well suited to DIYers and contractors. Next, we created a landing page for Lincoln Electric Retail inviting the target audience to “shop for your shop” and “put the pro in your project.” We also launched social media channels for Lincoln Electric Retail, using content produced in-house, including video and graphic elements, to fortify our initial growth strategy.

Within the first nine months, Lincoln Electric Retail saw significant growth throughout all of their social media platforms. That further connects their brand to their key target audiences by building trust and a foundation on which to launch their knowledge of welding.

Overall, each of the three Lincoln Electric Retail’s social media platforms managed by Geile/Leon consistently performs well above the industry’s 1% benchmark for engagement and even further above the average of 0.5% to 0.99% across all industries.

Lincoln Electric Retail also has utilized some of their top products within a monthly giveaway to usher in more engagement with the brand. The Geile/Leon team heads this giveaway effort, gathering all entrants, and constantly reviewing the analytics for each giveaway to compare performance month over month. The Lincoln Electric retail social media support program is an ongoing effort.

To see how the channels are performing, please visit the website and click on the social media links: www.lincolnelectricretail.com 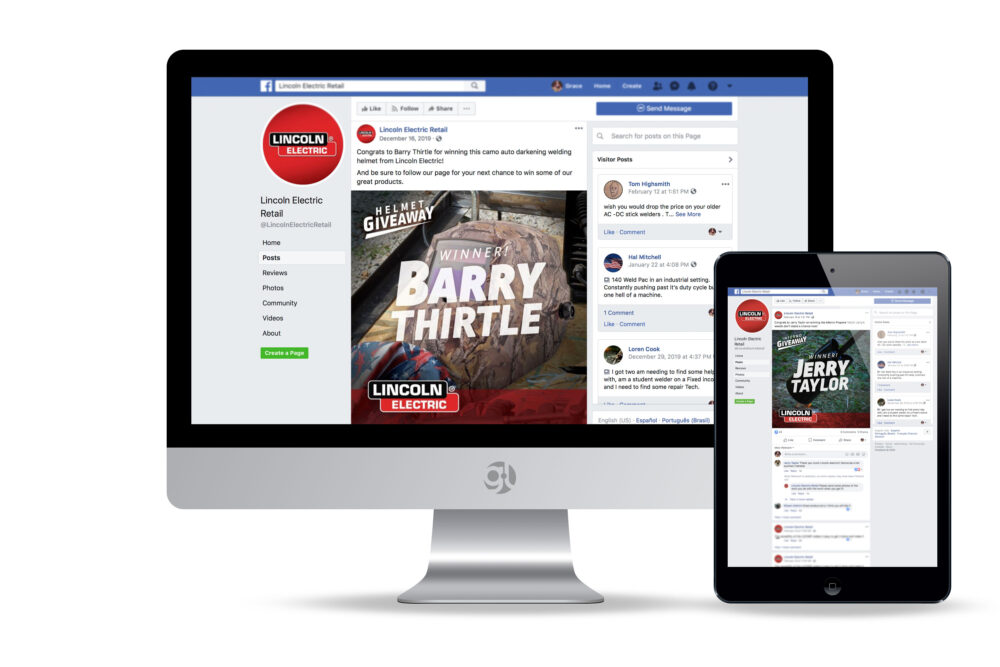 The Touhill Performing Arts Center is a performance facility on the University of Missouri-St. Louis (UMSL) campus that hosts over 105,000 patrons, participants, and artists each year. The Touhill team approached Geile/Leon to help promote the 2019-2020 “Discover Touhill” season, a series of 10 artistically, culturally, and educationally enriching performances. The Touhill challenged G/L to develop a strategic communications plan that would successfully announce the “Discover” season lineup, as well as drive excitement and ticket sales for each event. 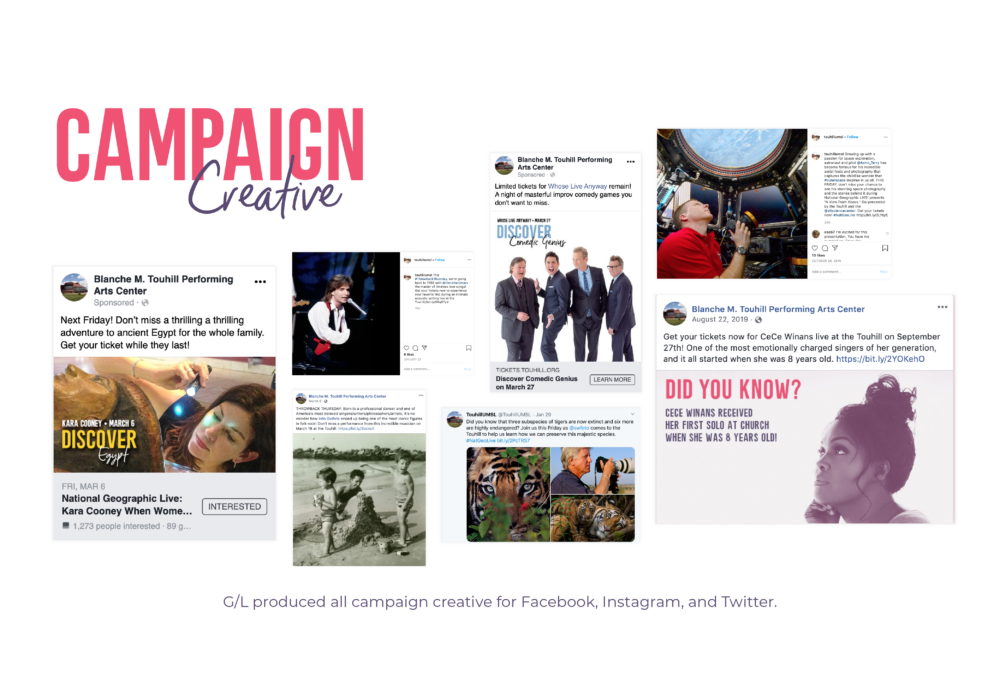 Overall awareness and engagement surrounding the series increased significantly as a result of the ongoing public relations and social media efforts. Despite the last two shows of the season being canceled due to the COVID-19 crisis, the campaigns supported the Touhill in achieving 90% of its revenue goal for the 2019-2020 season.

Lindenwood determined that the students most likely to choose Lindenwood were most strongly influenced by the opportunity to gain real-world experience. Lindenwood developed the “Real Experience. Real Success.” tagline and challenged G/L to bring the brand to life through a new viewbook. Additionally, with the digital space being the primary resource of research and decision-making for incoming students, Lindenwood University enlisted the help of G/L to develop and manage all of Lindenwood’s digital strategies, campaigns and initiatives.

Geile/Leon concepted and designed creative executions and deployed a variety of digital campaigns and strategies to support system objectives across graduate, undergraduate and online programs. As the digital agency of record, we have recommended and utilized a variety of effective digital mediums through Google’s comprehensive and industry-leading ad network. Specific platforms include Paid Search, Retargeting, Display and YouTube. Additionally, working with the Lindenwood IT department we designed and executed an optimized landing page experience for their graduate program offerings.

Lindenwood University has entrusted Geile/Leon with management of their integrated digital strategy for the past five years.Our campaigns have been extremely productive, performing significantly better than industry/category benchmarks.