Every industry has “their Super Bowl.” Some have conventions, others have awards shows, but for advertising professionals, our Super Bowl is, well, the Super Bowl. Each year, major brands pony up massive amounts of money for a 30-second spot during the big game, often launching new campaigns or products in the process. It’s the biggest stage for big ideas. But is it really worth it? And what’s it look like in the big picture of full-funnel marketing?

During this year’s Super Bowl, a 30-second spot cost up to $5.2 million. According to Digiday, that sum of money could also have bought:

In the past, perhaps the Super Bowl was worth the super spend. But today, advertisers don’t face the same limitations or challenges in creating a media plan that will reach their target audience. Marketing and media have evolved into a new, better era.

Instead of forking up millions of dollars to cast one big net and message trying to capture all of the various audiences watching the Super Bowl, a more diverse media spend allows you to tailor specific messages to specific audiences – and do it at every stage of the sales funnel for a fraction of the cost. 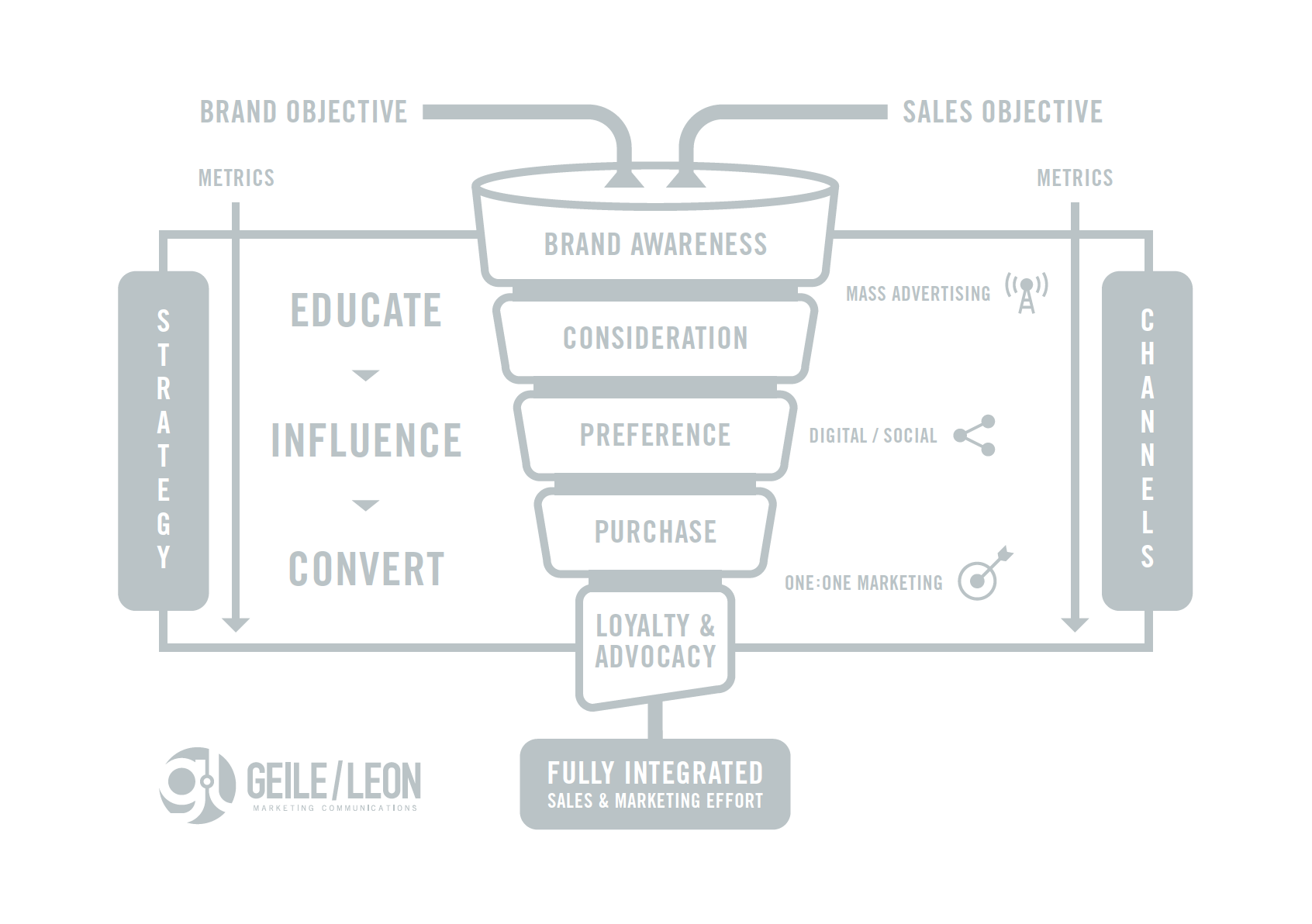 That’s what full-funnel marketing is all about. Reaching your different audiences with tailored messages through the mediums that they interact with the most. Every touch point has a different “specialization” in what audience they impact the most and in what kind of message will be most effective in progressing them through the next stage of the sales funnel. Why waste your dollars on marketing efforts that are anything less than as efficient as possible?

Look again at the Digiday list above. Imagine an integrated media approach that includes different messages, different mediums for different audiences at different stages of the sales funnel spread across all of those different purchase decision points over a length of time. Now, what sounds better? That? Or one 30-second spot that costs more and is aired one time?

Submit your information below, and we'll get back to you within 24 hours. we look forward to connecting. https://geileon.com/the-big-game-vs-the-big-picture/