Trending from G/L: How Patagonia let Denali have the spotlight

Trending from G/L: How Patagonia let Denali have the spotlight

By now, most of you have probably seen this video that has gone viral and likely reduced you to a giant puddle of tears. Unless, of course, you have no soul.

That video is a short film called Denali. 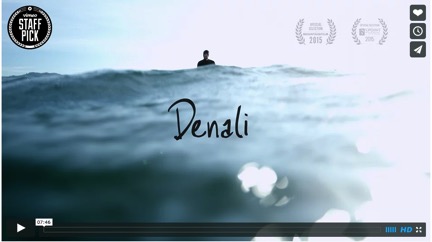 Can we talk about the feels?

In case you haven’t had the pleasure of viewing, Denali is a heartwarming film created as a tribute from one man to his best friend. In June 2004, Oregon-based photographer Ben Moon was diagnosed with colorectal cancer and endured over 10 years of battling the illness until finally freeing himself of it. The unwavering support system that saw him through? His beloved dog, Denali.

Denali, a shelter dog Moon adopted in 1999, served as a constant companion delivering that unconditional love that only man’s best friend can, for nearly 15 years. After beating cancer in 2005, it was Denali who was struck with the illness and endured surgery to remove cancerous tumors, and suffered both respiratory and kidney problems. Denali finally succumbed to his illness in February of last year.

Upon being approached in the interest of producing a film about his own story of battling cancer, Moon ultimately decided that it wasn’t his story but Denali’s story that should be chronicled. Thus, the tribute to his beloved buddy was created…and cue the waterworks.

Keying into emotion is not a new trend in media—brands like Hallmark, P&G, Disney and Apple are experts at tugging our heartstrings. Why is emotion such a standard when creating ads? Because it’s effective! When an ad evokes a true emotional response from a consumer it not only increases the likelihood that they will recall the ad’s message and purchase a product, but it creates brand loyalty. And, in this day and age, when we’re moved by something emotionally, we share it.

Brands have to be careful with emotion, though. They can’t just jump on a serious issue solely for the purpose of banking off its attention—consumers hate this (e.g. using September 11 as a platform for promotion). It comes across as self-serving and insincere.

For a brand to be able to associate itself with a serious issue or event that evokes strong emotions and opinions from consumers, it has to have a right or relevant reason to play in that space. Take Caitlyn Jenner, for instance. Within 24 hours of Vanity Fair releasing its July issue featuring a 22-page cover story on Caitlyn, there were nearly 30,000 mentions of her in the media. However, only one brand stepped forward to comment in support of Jenner—GAP, a brand that has a long history of supporting LGBT issues and advocating for the community, making their inclusion in the Caitlyn conversation relevant and credible. As Jamie Gutfreund, chief marketing officer at digital agency Deep Focus, states in this article from Advertising Age, “This is not a bandwagon moment.”

So, what does all of this this have to do with Denali’s story? Well, Patagonia happens to be one of the primary sponsors of the film. Patagonia, a certified B-corporation, has a vested interest in supporting organizations and movements that have a positive impact on the society and environment. Prior to sponsoring production of Denali, Patagonia teamed up with the film’s director and production company in 2014 to commission DamNation, a film about dam removal and river restoration. When it came to Moon and Denali’s story, Patagonia had an opportunity to support a great, feel-good story relevant to their brand given Moon and Denali’s place in and appeal to the outdoor enthusiast community. Patagonia’s contributions to projects like these shows their authenticity as a brand and, with over 8 million views of Denali in about a week, gives their brand one heck of an amount of good visibility.

However, Patagonia’s involvement in Denali is a back seat position, one they are happy to take and leave the praise, notoriety, support and tears to the true stars of this endearing film: Ben and Denali. 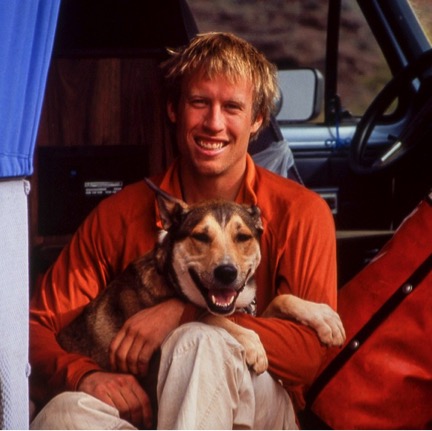 Submit your information below, and we'll get back to you within 24 hours. we look forward to connecting. https://geileon.com/trending-from-gl-patagonia-denali-social-impact-video/