Trending from G/L: Are Craft Sodas about to pop?

Trending from G/L: Are Craft Sodas about to pop? 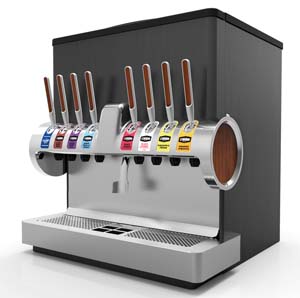 Now, this is an obvious nod to the craft beer market, so let’s head down that road. Craft beer is sort of an arbitrary term, but generally speaking, it’s beer that’s been produced by a microbrewery in less than corporate-sized quantities. Microbreweries generally pride themselves on their ability to concoct personalized takes on established brew styles—like a pale ale or a stout.

So what makes craft sodas…craft?

I find it hard to believe that Pepsi won’t mass-produce these suckers, so the idea of a micro-soda-manufacturer is out of the question. Maybe quality? The Stubborn brand will boast “fair trade certified cane sugar and natural flavors,” so maybe it truly is a step up from the high fructose corn syrupy stuff we’ve been guzzling the past few decades. That being said, Pepsi’s throwback line of cans featured cane sugar, so Stubborn isn’t quite avant-garde enough to be dubbed an innovation in the soft drink industry.

It’s safe to assume Pepsi’s become self-aware of its flagship product’s decline in popularity—and it’s not just Pepsi—I’m talking soda in general. For a while, large soda manufacturers had the all-too-handy diet soda crutch to lean on in times of need. No longer. Diet beverage sales are down more than 20 percent since their peak in 2009 because of health concerns with the zero-calorie beverage’s sketchy chemical makeup.

Instead of launching a ritzier line of soft drinks like Pepsi, Coca-Cola is funding the Global Energy Balance Network—an organization that argues poor diet isn’t to be blamed for rampant obesity. Instead, they advocate the theory that inactivity alone is the main culprit of obesity in America. Really, Coke?

Coca-Cola’s approach may seem massively different than Pepsi’s, but at the end of the day, the soda giants are attempting to broadcast the same message: Soda is still a sensible consumable.

Okay, the soda giants are scrambling, so what? My main point is this:

Just as Pepsi and Coke are doing, mature brands need to make moves. Remaining stagnant and weathering the steady decline of a product in hopes of a chance revival at a later date isn’t sufficient for any sized company let alone the likes of Pepsi and Coca-Cola. Follow the lead of the big guys—they know what they’re doing. Except green-lighting that flower-flavored soda, maybe.

G/L deals with everything from new product launches to mature brand extensions. If you’re dealing with either or anything in between, give us a call. We’ll be happy to answer any questions you’ve got.