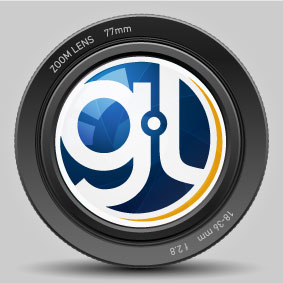 Every social media outlet has its rules. And I’m not only referring to the guidelines set forth by the media itself. Instead, I’m talking about a list of “unofficial, but crucial and different” rules that outspoken social participants have decided should be in place. Each avenue has these ambiguous and probably debatable rules. If you’re posting to Facebook, don’t include hashtags. (Even though it seems Zuckerberg is leading us there.) And if you’re on Twitter, don’t tweet your followers to ‘Like’ something. What about the other social sites?

You probably agree that Facebook and Twitter are far more mainstream and understood when it comes to the do’s and don’ts. As businesses are now more eagerly adopting additional forms of social media, it’s important to be on the up-and-up of these sites’ rules. Instagram is no exception, and boy, does it have some rules that I strongly endorse.

While some are (and should be) blatantly obvious, others may not be. That’s why I compiled some of the most important and relevant rules to share.

1. Don’t Sign Up and Go Dormant: I had to share this rule because I think it’s imperative to any social site. It’s one thing to sign up and correctly utilize and benefit from a social site. It’s another when you’re only jumping on the bandwagon because you think you should. Commit yourself!

2. Don’t Go Overboard with the Posts: Facebook and Twitter are revolving doors of status updates and tweets. Instagram, however, is singularly focused on images when you’re scrolling through the app. If your followers see incessant posts and feel it begins to bog down their stream – see ya later.

3. Don’t Just Advertise, Please: Instagram should provide followers a view of your business that they can’t see anywhere else, a closer look into your operation. Consumers see enough advertisements throughout their day. They begin to try to tune them out, so provide access to information that they can only see via your Instagram account. There’s intrigue to behind-the-scenes visuals that will peak interest and keep them engaged.

4. Don’t Go Crazy with #Hashtags: It’s one thing to toss in a couple to categorize your posts as a means to recruit your target. But be strategic in those hashtags. When you throw in 37, it’s obnoxious, it looks like a desperate plea for attention, and it also confuses your audience and followers. When using Hashtags for Likes, focus on a few hashtags specific to your industry and the content of your photo.

5. Don’t Repost to Every Other Social Site: Sometimes it’s ok, but be selective! First, how are you going to garner followers on Instagram if they can just remain a Facebook fan or Twitter follower and get the same info? Second, you aren’t providing exclusivity to your Instagram followers when you go with the ‘blanket’ share approach. And finally, you should be segmenting your content based on your audience anyway, right? There’s no exception here.

6. Grow Organically: If you want to reach a wider audience and grow your following, the best way to do this is organically. Some use bots to grow their following artificially, so on the surface they look popular, but if you look a little deeper you’ll realise that most of their followers are fake and don’t actually interact with the posted content. Before using growth software, check that real humans are doing the work and not bots. Have a look at The Small Business Blog where they reviewed Growthsilo – reading reviews can help you to make the best choice.

It’s important to realize that not every social network is alike and each needs to be approached strategically. Cater your content and methodology to the Instagram audience, and treat the site as an individual effort (just as you should be with your other social accounts).

Looking for some examples of noteworthy Instagram accounts? Check out accounts like Cisco Systems, Sharpie, Starbucks and General Electric, and examine the themes of their posts – and then do your best to adopt some of their habits.

Now that we’ve covered some guidelines on what not to do on Instagram, stay tuned for our top suggestions on how to maximize your account. And in the meantime, keep up with behind-the-scenes happenings on Geile/Leon’s Instagram account.