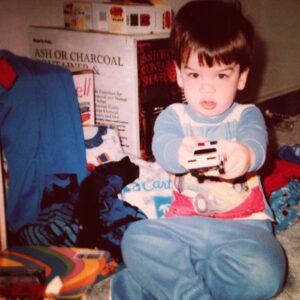 Lucas Pierson joined the Geile/Leon team as a copywriting intern last summer and instantly became known for a few things: his love for the largest state in the lower forty-eight, a former job at Great Wolf Lodge, the 2011 heartbreak over his beloved Texas Rangers’ loss (we’re trying to convert him), his spot-on Ryan Lochte-esque comments during the Summer Olympics  – but most of all, his talent. So, when asked late last year where he hoped to find himself in the future, he replied with quick wit, “Hopefully not an intern.”

Shortly after the end of 2012, Lucas was welcomed to the G/L family as our digital content producer. Looking back at his original interview at G/L, Lucas describes that “something just clicked.” We agree, and his excitement about the future here shows.

As we mentioned, Lucas outwardly shares his love for Texas, so one might wonder why he decided to move from the suburbs of Dallas (Coppell, actually) to Missouri. You might have guessed the answer, but it was his “desire to go to the BEST journalism school in the country” (Mizzou pride). Throw in a love for college football, a motivating grade school teacher (who happens to be a Mizzou alum) and his Dad spending his early days stomping around Missouri, and there you have it. Aside from being a Delta Upsilon, a year-round golfer and showing an avid appreciation for brainstorming and writing, what else was Lucas known for in college?

Regardless of what occurred during that time, college prepared him to proactively take on the digital content producer role at G/L, and quickly at that. His ability to create meaningful content for websites, white papers, ad campaigns, blog posts and social media help to build the online presence for Geile/Leon and our clients. What’s the key? “For me, it’s reviewing and editing all public-facing communication to ensure consistent messaging, tone, professionalism and quality of information,” he says. That being said, Lucas’ attention to detail and digital expertise make him a valuable member of the G/L team.

“But, I think most G/Lers would agree — my true talent shines on the blacktop (our mini b-ball hoop). Oh yeah, and I’m really good at not spilling drinks at work.”

Like any successful digital content producer, his ability to have eyes and ears everywhere readies him to pick up and run with an idea. We see this everyday around the office, as Lucas is the editor-in-chief of our ‘Quotable Quotes.’ What is that? Oh, just a collection of the most off-the-wall (embarrassing) one-liners heard around the office. Just like the scrapbook of Lucas’ college years, you probably won’t ever see our ‘Quotable Quotes.’

When Lucas isn’t immersing himself in all things digital, assisting the creative team with content, analyzing the integrity of St. Louis wings, shooting hoops or being dominated by Jen and Schneids in foosball tournaments (sorry, bud) – he’s probably trying to mark things off his suggested St. Louis Bucket List.

But we’ve decided if he’s going to be a true St. Louisan, we’ve got to show him how St. Louisans eat — especially when he claims his all-time favorite meal is the Barbacoa Burrito from Chipotle.

Have a suggestion that Lucas needs to add to his Bucket List? Tell us here.