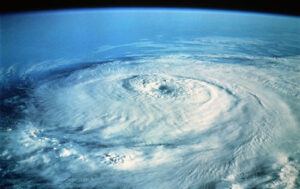 The buzz this past December was all about the Quadrennial Effect of 2012. If you just said to yourself “Quad-a-what?” please proceed. The “Quadrennial Effect” references the perfect storm of events that occurs every four years: the Summer Olympic Games, the European Football Championship and the United States presidential and Congressional elections. Why is this the perfect storm you ask? Not only do these events form a quad-fecta of entertaining TV programming, this special confluence of events is likely to impact 2012 ad spending in a big way, which impacts the global community. In addition to the Quadrennial events, forecasters have said we can expect a bonus stimulus from the recovery of the Japanese and Thai economies since the earthquake and tsunami of 2011. According to The New York Times, Steve King, chief executive at the ZenithOptimedia division of the Publicis Groupe, said that these events combined will add $7 billion to 2012 global ad spending. This $7 billion jump is a 4.7 percent increase over 2011. Of this, the United States is expected to see a 3.5 percent increase in ad spending (in 2011 the Unites States spent $154.9 million).

I’m not an economist, so while this is all positive news and good to know, I’m more interested in what this means as a marketer and as a consumer. Generally speaking, the simultaneous occurrence of these events spurs marketers to invest more in advertising and creates a more competitive media-purchasing environment. This competition forces marketers to become more strategic (hopefully) in their media planning. For me, this begs the question: where are media dollars being spent in 2012? When I think of sporting events and political elections, I default to traditional forms of media (Television, Radio, Newspaper, Magazine). However, I am constantly reminded that online is a growing contender in the media mix. (How often have you been watching television while your significant other/spouse/roommate sits next to you streaming video of another event, or checking fantasy team scores? If you are at my house—always.) According to ZenithOptimedia, online display advertising is the fastest-growing segment with 18.9% growth per year, consisting of mainly online video and social media; print media has continued to decline since 2007. I am curious to learn where companies are concentrating their efforts this year.

As a consumer, I am excited to see what influence the Quadrennial Effect will have on what we actually see and hear in advertising (again, hopefully marketers are taking this opportunity to be more strategic in their messaging). What brands have opted to compete for the adult 35-65 target? How are these brands communicating—online, broadcast? What message are these brands pushing? What can we tell about their target audience by their advertising? Are they really reaching their target with the right message? Oh, I get goose-bumps just thinking about it. So while most viewers will be tuning into watch the mudslinging, the high scores and the awesome plays, you can be sure that I’ll be right there with them…during commercial breaks. Stay tuned as I report back on what brands were the most successful in their marketing strategy during what I like to call the Quadrennial Brand Throwdown.